5 reasons not to speed 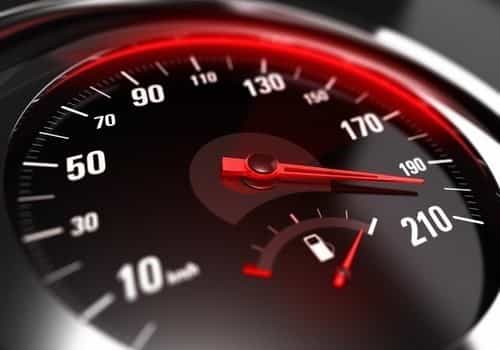 5 reasons not to speed

Speeding kills!  Simple as that.  Speeding is not just about driving over the speed limit.  It also includes driving too fast for the conditions.  Simply put, speeding is an offence. There’s no way around it. Even travelling at 65km/h in a sign-posted 60km/h zone is technically considered speeding as you are travelling over the prevailing speed limit.  No matter the reason, speed limits apply to all drivers except for emergency service vehicles who are exempt in emergency situations under lights and sirens.

By sticking to the posted-speed limit, most driver’s can avoid hazards which gives driver’s the ability to pay more attention to their surroundings and most importantly, it increases your reactionary gap.

Speeding remains the one of biggest causes of death and injuries on our roads and contribute to approximately 40% of road fatalities in NSW. No matter how often you’ve heard the advice to slow down, many drivers are tempted to speed on the road for various reasons – not to be late to an appointment, to get home sooner, or just to feel the rush of adrenaline running through your veins. Unfortunately, the consequences can be fatal. As a driving school, it’s great to educate students learning to to drive about the associated risks they take when speeding. Here are 5 top reasons not to speed:

Speeding increases your chances of getting killed or seriously injured in a car crash. Studies have shown that a 5km/h reduction in speed can lead to at least 15% decrease in crashes. Speeding is dangerous for multiple reasons: the ability to control the vehicle is affected, drivers have less time to avoid crashes, the stopping distance lengthens, and the severity of crash outcomes is higher.

Always consider speed indicators carefully – even if there are no flowers by the side of the road, this doesn’t mean nothing bad has happened there. Crashes are not always fatal, and victims have to live with the suffered injuries their entire life.

Speeding increases your fuel consumption and decreases the fuel efficiency of your vehicle. Your budget may also be affected if you receive speeding fines which are accompanied by demerit points that will be accrued against your driver’s licence. What’s worse, losing too many points can cause you to lose your driver’s licence and have your insurance premiums increased.

Speeding wears your tyres faster – think of racing cars that change their tyres multiple times during pit stops. Most of the wear happens when you accelerate from a stationary position and when you brake suddenly after coming up against slower traffic. Brake pads will also wear out a lot faster when you need to stop suddenly because of excessive speed.

Slowing down and using less fuel also means less CO2 released in the atmosphere. It may not seem much to some people, but if you take a look at the bigger picture, reducing pollution can be the most important reason to avoid speeding.

Driving at an appropriate speed means respecting the other road users. Be considerate to other drivers, cyclists, pedestrians and people living in the area.  Last but not least, when you don’t drive too fast you enjoy more peace of mind. Speeding makes you more aggressive and agitated and the pace of life gets faster. Next time you are impatient to get to some place, remember that speeding rarely helps you get there sooner and have more regard for the safety of others and that of your own.